The Cycle of BS 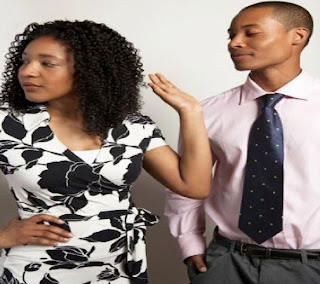 Women have a lot of needs and wants in a guy. We want a man that has a car, has his own place, no kids, education, has a job and his own money, etc. We expect a lot from our men.  But when a man doesn't fulfill the needs of their woman then the line "Guys aren't shit" comes into play on repeat. This line has been said out of many women's mouth.  Women say it and get applauded by other women and get booed by the men.  But what I have noticed is there are some women who shouldn't be using this line. Ladies if you don't have your own life together, you shouldn't tell a man what to do with his life. I repeat! Ladies if you don't have your life together, you shouldn't tell a man what to do with his life!!  You don't get what I'm saying? Let me break it down to you ladies.  If you are swiping your metro card on the train and don't plan on getting a car or can't afford one. You should not be saying "I want my man to have a car" and shutting down men who don't have a car.  The only way you can say that is if you have a car yourself or you're working your way into getting a car. There should be no reason why you're trying to down play a man when you don't have it yourself. You can not be getting mad at a man because he doesn't have his own place when you clearly live with your mother too.  Once again when you get your own place then that's when you can talk.  Don't get mad when a man has kids and you have two kids of your own. What you should be looking at is how he treats his kids, which will show you how he will treat yours.

Now the money situation seems to be the biggest issue now days. There are some women out here who are aiming to get a man with a lot of money so he could take care of them. That is not the way to go ladies; I repeat that is not the way to go! Ladies we are suppose to have our own money, and should not be depending on a man to take care of us. If you get in a relationship with a man and he has money and you don't, that causes a lot of issues.  You will have to depend on him for everything. When you need your hair or nails done, you're not going to be able to just get up and go get your hair done. You will have to wait and depend on you man for the money. What if he's out there at his job and he meets an independent woman doing for herself and starts spending more time with her because she's not in his face asking for money. Then you will be spending your relationship trying to catch up with him.

In a relationship everything is 50/50. Meaning he has a job, then you too should have a job. If he has a car then you should have a car or at least know how to drive that shit. If he has kids and you do too then now you’ll have a little family.  There should be no reason why a man has to have all the things you don't have.  It seems to be the women whose life is in the ground walking around talking about men aren’t shit.  How you calling someone out of their name when you’re in the same position?  You ever heard of the saying "you attract what you are".  So if you yourself aren’t doing shit for yourself then you will attract a guy who isn't doing shit for himself also.  Many women fall victim to these guys and get disappointed and heartbroken.  Then you see them walking around with the sour face and bashing all men. Ladies there are good men out here in this world. If you constantly falling for the guys who aren't doing anything for you then take a step back and look at you situation, and see what can you do for yourself to change the situation.  When you better yourself then you better your surroundings.  Ladies we have to do better.