Would You Date a Bisexual Man? 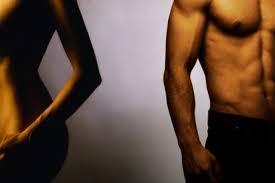 So, I’m with some girlfriends and we're talking about men, one mention this good looking guy that she's interested in, but her gaydar is a little off with him, than says "Hey, if he is into men, I’ll still do him, he's just that sexy". We explode in laughter, than we start to talk about whether or not we could actually date a bisexual man. Shortly after this talk with my girls, I go on a date which was pretty cool, conversation is great, and somehow leads to sex. Than he mentions, he's had sex with men! I kept a straight face because obviously he's comfortable enough to share this with me, and I definitely respected his honestly. What was happening in my mind was a different story. My mind, started racing, than it started screaming all kinds of profanities, I was in some serious shock. Although, I have no problem with the LGBT community, I can admit this was the first time ever in life I felt a little indifferent. As liberal, and open I am to everything, his bisexuality was a problem for me.

I've never thought about this before the talk with my girls, and never thought I would even have to worry about such topics. Basically, my checklist when I start dating a man is typically, marital status, amount of children, profession, and if he's on the down low. Of course other questions come up, but those are usually my first. I've never thought to ask a man if he's bisexual. So here I am on this date, and he reveals this to me. Anytime I’m face with a something that makes me feel indifferent, I try to explore what inside me creates this feeling. I personally wouldn’t be able to date a bisexual man. It has more to do with me, and less to do with their sexuality. I guess I’m not as new age as I thought I was