You Can Keep The Change 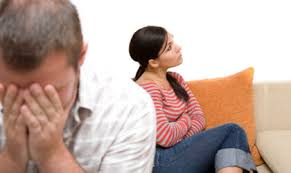 We’re infamous for “trying to change men”. The way they tell it, a woman’s sole intention upon meeting a man is: to fall for him, love everything about him and then, shortly after, begin to incessantly try changing everything about him. Contrary to common belief, the incidences of this happening aren't as numerous as you would think. New ideologies have emerged that challenge this stereotype. Spanning from “you can’t train what momma done raised” (cultural) to “love is steadfast and unchanging” (biblical), discourse about the subject varies greatly. That being said; there has been an emergence of sorts, a new kind of lady that understands this dynamic and has decided to take a backseat in the trans-formative journey that is: a man’s change… (Last part of the sentence said in a highly dramatic voice).

The problem starts with what men and women define as change. “She’s trying to change the way I dress”, complains John to his friends. They think “she’s changed since she’s been around that Shelia chic”. In actuality, since you guys have moved in together it seems like you’ve rotated the same 2 sweatshirts and pajama pants... Before The Living Situation changed, she wasn’t seeing you so often and you changed outfits, and may have even kept up the showering thing more avidly because of the chance for date-sex. To a woman, changing how you dress is NOT a big deal; we change how we dress every season! Then the “duration of change” as I like to call it, becomes a factor. This is when guys start in with “it’s never enough, she just keeps trying to change every little thing about me”. This happens when said “change” was spoken about, agreed upon, and maybe even began being implemented. Who knows? But a woman wakes up ever so often and has an ‘inventory day’. And on inventory day, she assesses her life, her goals, her dreams, her fantasies, her next moves all over again…. And no it’s not the one week a month always brought up when us “chics get the thinking”. During that inventory, we realize “hmm, this product on my shelf was projected to go up a notch but here it still is”. Now this is the important part fellas. This is the only time a female becomes supernaturally logical and goes into business mode (before motherhood of course). Intrinsically, there is a need to find out why you haven’t stopped buying 800 dollar bikes and toy planes, and saved; why you haven’t taken her out of a 4 year engagement to you and made her your wife yet, why you haven’t ever stopped dealing with the guy who ratted on you and almost got you fired, stopped going with the goons to the same bar in New Rochelle like you haven’t been locked up enough times there…. But enough of that. The point is; if you don’t ever complete one task, all the others will seem enormous. We don’t see it as anything big because every Man, being bothered by a woman or not, should be conducting their own version of this “inventory”. An ambitious man will always see the room for growth; a stagnant soul will be content with things that a woman may realize is not worth room on the shelf. Innately though, many women will try to work with you through hell and high water… as long as they see that change. When weighed beside how much you want a woman to “hold it down” for/with you, is the act of change really that big of a deal?

Change is inevitable. Like it or not, men will change. It is a necessary and natural part of growth, development, and evolution. Women come into problems when they try to hurry things along. We are enthused about the outcome; enough to stick around for it, like diehard fans in a rainy football game or parade goers in a New Years Eve blizzard. Worse if a woman loves you and believes in you, she has already envisioned how unbelievably amazing your full potential reached, will be. Ladies: that is the nurturing instinct which we have. However, when I became a mother, I understood how fully that nurture needs to be preserved for our children and not for grown men. By the time many women become mothers, they are already jaded by failed attempts at raising the quality of life for herself and the man in her life. You will notice I mention becoming a mother quite a bit but other milestones in a woman’s life will radically change what it takes to gain her interest, keep her interested, and keep her content. Truth is, men don’t experience change in that same way. If pizza made him the happiest in 7th grade, chances are, this Friday he will opt for pizza. Starting with puberty, females begin to experience ‘changes’ before their male counterparts and will adjust to accommodate these changes more often than them.  We embrace the idea of changes because we must.

Bottom line folks: People can’t change others, they can only change themselves. Fall in love with a person, not the fantasy of who that person can possibly be or become. Exerting effort into trying to change someone is futile, because people make the decision to change on their own and rarely respond to outside stimuli. Either meets people with whom you are completely satisfied and will only ever be such, or decide to stick with a person through whatever changes may come and have no expectations about that change.