Why Cheat If You're Already Winning? 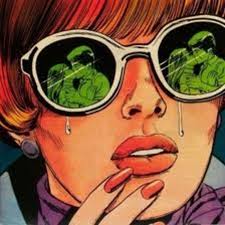 I woke up one day with this revelation. Cheaters are scum, they’re weak cowards with no self respect, and I never want to be one gain. Cheating used to be something I thought was normal. It's what people do, no one can completely commit to one person for the rest of their life. How is that even possible? I, like most adults have been brain washed, and was lead to believe cheating is in fact part of relationships, it happens, and you move one. As a woman who has never been faithful to a boyfriend I carelessly lived breaking trust, promises and pacts of fidelity. No, I wasn't running around with every other man so get that image out your head, but out of the 3 serious boyfriends I had in my life (meaning they actually met my parents) I've stepped out and enjoyed the company of someone else. Never did I honestly feel I was doing anything wrong. My main headline "I'm single until I'm married, according to the IRS" comical, but childish to say the least. Maybe it's growth, boredom or pure disgust on my past, but I have grown to despise those who cheat.

Let me first say, yes I'm judging. That's exactly what I'm doing. Now whether my judgment embarrasses, offends or makes you angry is up to you. Now, to make it clear if cheating on your partner is horrible, then things surrounding cheating are equally as bad. The lying is what usually hurts the most. To know the person you chose to share your life with can look you square in the eye and lie, feels like a knife to the soul. Trust is the easiest thing a person can break; every lie is a crack in that glass of trust.

Cheating does more then hurt the one being cheated on, the cheater is hurt also. Ever heard the saying, "hurt people, also hurt people". I know being hurt in the pass isn't an excuse for cheating, but that's usually the bases for most that cheat. Speaking for myself, a cheater typically lacks will power, self discipline and insecurities that usually have nothing to do with their partner.  So if you are cheated on, try not to internalize why they cheated, in most cases it's them not you. If a person wants to be faithful to their partner they will. If you want to live like a single person, do just that and be single. Don’t drag someone else heart into your confusion. Or come to some sort of consensual agreement with your partner. Not everyone is successful at monogamy, and who knows if that’s the only option for all. Honesty is the beat policy when it comes to matters of the heart, deception and lies and mistrust aren't good for any relationship. So, until you build up the love, trust and will power inside yourself, stay single. You can’t be good to someone else if you aren't good to yourself.