Response to 'Bey Is For Basics' 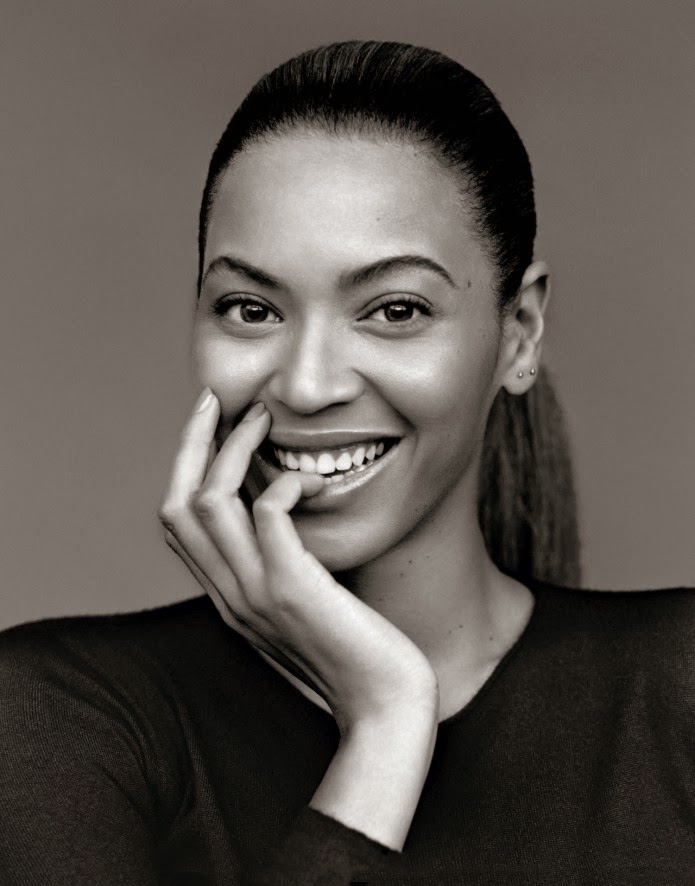 I keep seeing this post, first on tumblr, then many times over on Facebook. At first I didn't care enough to say anything but after having several debates, here it goes. If being a regular everyday woman makes her basic than every woman I know is basic. I have had this issue with my “liking” for Beyonce forever. I just really don’t get what people expect from her, she’s just Beyonce. Not Oprah, not Michelle Obama, not even anything close to any woman that I know who has created depth to my existence besides music I love. Why are your expectations so huge for a woman who has consistently given you the same thing for nearly 15 years? I mean outside of her music we all know she’s boring which is why our mouths hung open when she cut her hair. There has never been much to her but the Beyonce haters and critiques always beg for more… I don’t get it

I personally think the writer is more belittling her as a person rather than an entertainer, which is far worse. That’s the point I’m getting at, she had to tear apart another woman to try to make her simple “basic” point.
Also, I want to add that if basic leads to billions of dollars, a husband that loves me, a career that is also aligned with my life passion a daughter who is probably tender headed so I don't do her hair, cause lets be for real, my daughter will never really have to put on airs to be accepted cause she came out my vagina a billionaire......I'll take basic over complex any day.

Here is the original post what do you think? (via http://curatorsofdopenessblog.tumblr.com/)
******Disclaimer!!!! Before all of the BeyHive Stans come for me, I encourage you all to please read to the end, this ain’t a dis blog, it’s a real blog. I really enjoyed “Beyonce” I purchased it the moment it dropped on iTunes and I plan to incorporate one of the tracks in my upcoming nuptials.*****
Beyonce is Queen Bey….of the Basics. She is easily one of the most basic women in the history of the music industry. People give Beyonce credit for a lot of things that I don’t think she herself has much to do with. She isn’t very deep, as a matter of fact I would venture to say she could be shallow. There’s not much there.
BUT with that being said, it is her basic-ness thats makes her a genius, it makes people love and drip off her every word. When you think of the term, “it doesn’t take a rocket scientist” Beyonce really is the personification of this. She understands that hard work and dedication will take any skill you have to the next level. Let’s be honest: she can sing but there are better singers, she can dance but there are better dancers, and she is beautiful but….nah even I’m not fucking with that, she is gorgeous. You get the point though. She doesn’t really do one thing great except that she has mastered the art of doing a lot of things thoroughly. I do believe Fantasia is a better singer, but it doesn’t matter because her work ethic will never be anywhere near that of Beyonce’s.
There’s a part in the Bible where Paul says, “To all men, I became all things”.Beyonce speaks very little and that’s on purpose. First off, if she says too much, you’d figure out that she talks in circles and never really tells you anything (some people think it’s intentional, I believe they aren’t her thoughts so she can’t really expound on them). Also, by saying nothing, it allows us to assume everything.
Be honest: none of us really know Beyonce, we don’t know what she’s passionate about, we just try to put together our own ideal  Beyonce that best suits our lifestyles. To the married women, she’s the model wife and mother, wearing a cape and handling it all. To the married men, she’s the perfectly balanced wife, bringing money to the table while still being arm candy and sucking penis in the backseat. To the single women, she is a beacon of hope, that they can tell these dudes to put a ring on it or move around, and that they don’t need a man to get it done. To the Gays she is Jesus. To white people, she’s mixed race and sorta not all black (reference L’Oreal commercials).
As a Houston native, I know Beyonce. I see versions of her everywhere. She is a regular Houston get it girl. Replace her globetrotting fashion sense with trips to the Galleria and Jay-Z  with Top Dope Boy/ Club Promoter A. Replace her career with a beauty license and photo shoots with club pics on INDMIX / All the Parties. Keep everything about Blue Ivy the same, weird name, dressed in Jordans, hair unkept while momma is fresh to death and you have any girl from any hood in Houston.
Basic, it screams basic. that’s why the basics love her. She gives them hope. She makes the dream attainable. The Beyhive protects her because she is their one that made it, and deep down when she made it, they all made it. She is the storyteller of a generation lost. Not overly educated not overly privileged, just a regular girl who got a chance, and ran that bitch around the world.
She is so far up there now it seems silly to waste breath on hating her, who hates hard workers any fucking way?!?! Its the simple things that make life enjoyable and that’s what makes Beyonce perfect, her team has mastered simple, which isn’t easy and can be in fact complicated. I look forward to what’s next from the Queen Bey. It’s always love on my part, signing off Houston’s(other) Hometown Homegirl.