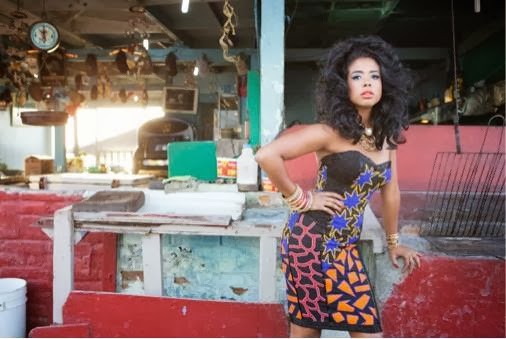 I was thinking about which music female I miss hearing new music from and the first name that popped into my head was Kelis. I've always been a fan of hers, and when she took a break to be a mom and get into other things in her professional life I bid her well, even though it was bittersweet with a hint of side eye.

I thought it was so cool she went to culinary school, became a chef and now has her own cooking show that debuted february 26 on the cooking channel titled Saucy and Sweet and is about to release an eight-strong range of condiments called Feast. Hopefully she won't disappear into the kitchen for good.

She's also working on music again, which has me very excited

"I was never an R&B artist. People coined me one but that's because, especially if you're in the States, if you're black and you sing, then you're R&B." As if to prove the point, Food is coming out on British indie label Ninja Tune. Her new labelmates aren't global pop stars, they're cutting-edge producers such as Machinedrum, Actress and Bonobo. Has she always felt like an indie artist at heart? via The Guardian

Honestly, I don't care about the technical stuff, just give me some new Kelis to dance and sing too. Here's her latest video, and it's definitely Ms. Vixen approved.