OWN's Light Girls, I Tried, But I Can't 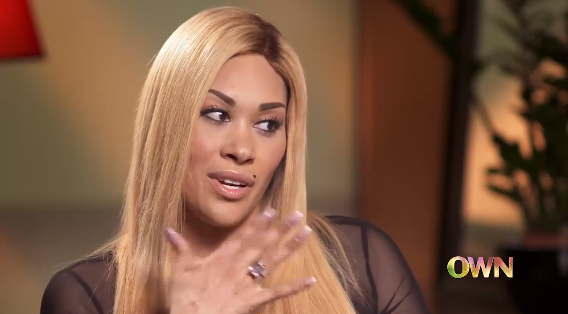 When I first saw the advertisement for the documentary Light Girls  on the OWN network my first reaction was very dismissive and I felt this was very, All Lives Matter-ish. A hash-tag that I feel has been used to to mock the Black Lives Matters hash-tag created by two Black women to assert that our lives do matter regardless of how society presents it. It seemed like a way to try to be inclusive in the conversation of colorism which usually is told from a dark Black person perspective. I really couldn't understand the complaints of people whose plight is also aligned with their privilege. What could they possibly say to make me empathize and understand the need for this documentary? Then I began to think further and I thought, regardless of the shade of Black, these women are Black women, and if they want me to hear their issues, I will listen and I will support them. So, like many people I tuned in and watched the documentary and to no ones surprise I was incredibly disappointed.

The history of colorism in the United States was created with slavery, which many of us all know, but the documentary tip toed around that. Not fully addressing the direct role that slavery held and the divisive way in which color was used among us. Much like many television shows about Black issues in this country, it didn't address the systematic white supremacy that is ingrained in the issue being presented. It is always us, the viewer, the Black person who must self evaluate and look into  how we can change this. Although it is something we ourselves have to address, why is it only us? Why are we the only ones who have to evaluate how these things can change. Our relationship with white supremacy in this country is one that mirrors a domestic violence relationship, of which we can not leave. Our changes to ourselves and how we address our problems in this country does nothing because we still live in the same house as our abuser. The abuser, the entities that enforce systematic white supremacy,  must be rehabilitated as well, but continuously we are bombarded with fixing our victimization, and often times victim blame among ourselves. Which was very prevalent watching Light Girls.

The documentary went on a very unclear path of trying to equate light women tanning and dark women using skin lightening creams, which I think is foolish and problematic and shows how much they were scrambling to make this show work. Furthermore bringing in mixed women who I honestly think have  an extra layer that should be addressed separately. Yes, you may appear on the light skin side of Black, but being knowingly multi-racial and simply being a light skin Black woman are two completely different things. One thing that i'm sure wasn't intentional yet was still very present was the use of the word fair. Every time I heard that word I would cringe. This is a documentary about colorism and it’s divide among Black women and every few minutes someone would drop that word, loaded with colorism and divisiveness. Did the editors know the meaning of the word fair? Let me help them, this is according to Dictionary.com

Fair
Adjective-In accordance with the rules or standards
Adverb-1. without cheating or trying to achieve unjust advantage 2. To high degree
Noun-Beautiful woman.

It really made sense to them to use this word to describe women who were trying to convey a message of hardship tied to their color, yet use a word tied in privilege? I felt like I were being trolled the whole time. Fair wasn't  the only poor language choice. Continuously, when these women would tell their stories about their lives, and instances where they felt they were being harassed because of their light hue, I  repeatedly heard  them say “the Black girls”. Do they mean the darker skin women? Aren't they all black? It was never clear if the abuse or harassment they received was because of their hue or not. I really don’t know the intention of that particular segment, but all I took in was, girls fight, and why I should take this seriously?

What was clearly evident was how quickly they ran out of light skin problems, and the explanation of light skin Black women degradation was empty. It’s hard to feel bad for someone whose insults were great things like “You think you’re pretty”, also much of the physical abuse that the women spoke of (as I mentioned before) it  wasn't clear if it was because they were light, or whether or not they interpreted it that way because they are light. One woman told a story of  bottles being thrown  at her because it appeared as if she was  ignoring a group of young men  cat calling her from their vehicle. She was wearing headphones and didn't hear them call her. One of the men screamed from the car “you yellow bitch” as the bottles were thrown. Was this a horrible thing to happen to this women, yes, but this honestly seemed like she experienced  a horrible case of street harassment, and the men used her her light complexion as an afterthought  to their  street harassment. She was not targeted because she is a light skin woman she was targeted because these horrible men used violence as a rebuttal to her not obliging to their advances. Were these women making these experiences up, of course not but this documentary did  very poor job in connecting the down side to being light skin and tying  it to these women's physical  and mental abuse from other people.

Had they explored these things deeper I  may have actually began to understand but I couldn't, I even tweeted this while watching.

I really can't empathize with this, this documentary is actually making my thoughts on this worse.
— Carmen Sandiego (@TheQueenSpeaks_) January 20, 2015


In addition, if you’re going to do a show from the perspective of light skin women, shouldn't there be light skin women present! A lot of these women were light brown, not light skin to me at all. I’m sure people's perspective on light is different, but many women on Light Girls were not actually light girls. It made me think of the many times I have to remind women they’re actually caramel, yet I think they rathered identify as being light because it is the preference. I watched the whole documentary because I intended on writing about it, but I  mentally checked out when one of the women being interviewed who was probably one shade lighter than me, (which still puts her in the brown family for shades of black skin tones), sat there and said her sexual abuse as a child was due to her lightness, and light women are more susceptible to being sexually abused! That was it for me, first the audacity to say that, then to record it, and still keep that foolishness in the  final edit. Oprah and them are crazy, and this did nothing to help the discussion. How colorism correlates with to sexual abuse makes absolutely no sense to me.

The issue of colorism lies in oppression not self esteem, and nowhere throughout this whole documentary was that addressed. It seem as if it was just an airing of dirty laundry, with no clear focus of the what problem was. Then at the end we had Iyanla Vanzant telling us to heal, um what? You haven’t even been honest about what the problem is! I watched this because I thought if my sisters, other Black women wanted to talk about their adversity, I should listen. I love them enough to always do that, but if what was presented to me last night is the story of the light skin woman,  I have not been moved. My thinking  is actually worse in comparison as to what it was before I watched the documentary. It really made light girls come off completely self absorbed and delusional (which in my experience isn't the case but the documentary made it seem that way) Perhaps if a Black women directed this, it would have been better. For me, it became a documentary for Black women that then turned into a documentary about Black men and their standards of beauty, and once again all about the poor self esteem of women. The issue of colorism isn't esteem, the issue of colorism is racial oppression and trying by any means to get away from that, yet that was only a small  inkling of what was explored last night.


Against my better judgement I tried, to have an open mind and listen to my sisters without a side eye. That was extremely hard with what was put together and presented to me. Too many celebrities, too many men and not much focus on what the main issue is, white supremacy and oppression. Once again we tiptoed around real issues for the sake of not ruffling the wrong peoples feathers and to continue the flow of advertising dollars. Great job OWN, great freaking job.