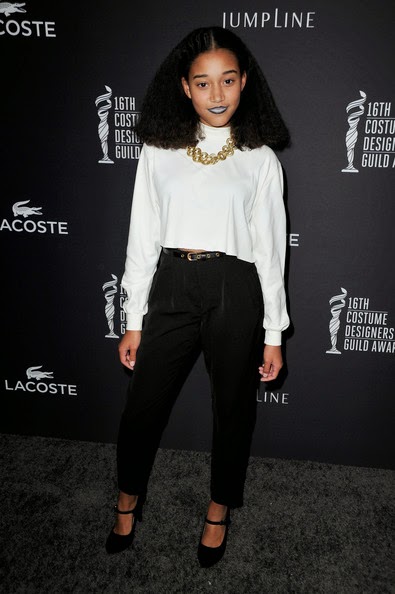 I saw this video made by Amandla Stenberg on tumblr for a school project,  she is an actress mostly known for her role as Rue in the movie The Hunger Games  where she eloquently breaks down what cultural appropriation is, and why its harmful, specifically related to black culture.

Although I enjoyed the video and agreed with  her message it s incredibly sad that a child had to explain this. Appropriation of black culture isn't new especially in the entertainment business, and whenever this issues is addressed white people almost never get it.

I explained my frustration with appropriation in an Open Letter to Katy Perry, a pop artist who continuously appropriates black culture because it means dollars in their bank account. Check out Amandala Stenberg's video and let us know what you think about appropriation in pop culture