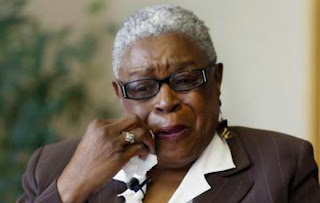 AL Jazeera reported that  18 St. Louis women suspect their children were stolen from the hospital decades ago but were stolen after staff told them their newborns had died. The group of women whom are all Black contacted an attorney that also helped one woman reunite with her long lost birth daughter.


"That's why it was so believable when they had told me my baby had passed."

Price was contacted by Gilmore's daughter through Facebook. They were able to reunite after nearly 50 years.