Why I quit my Job!

I’ve been working since I was 14 years old. Started with summer jobs mostly but by the time I was 17 I had already started my first full time job. It was working at the movie theater. I will be honest, I really didn't like that job at all, that’s sugar-coating it…. I hated that job! But it was a paycheck and I was able to buy myself little things and that brought me sense of pride and responsibility. Fast forward 10 years later I’ve pretty much held a job this entire time with only small breaks in between. I have always had this independent spirit about me, I like supporting myself and not needing to worry about anyone telling me what I could and could not do with my money.  I've never really liked any of my jobs but it was an income, so I would tolerate whatever extra BS came along with having said job.


Sometime last year the realization came that I did not have to dislike my job, I could live a life where I could *gasps* actually enjoy my job. I made an exit strategy to leave my job of over 3 years on the search for something much better suited. Well, life has a funny way of saying screw your plans and I was laid off from my job in December of 2014. I can’t say it was a complete surprise, I had been having some issues with the management for some time now but I wanted to leave on my own accord. I went through a stage of being really sorry for myself. I mean, I never been unemployed, not as an adult with REAL responsibilities -like providing a roof over my head. I got engaged in August, and lost my job and my Grandfather in December. It was rough, I was on a high from such an exciting time of planning a wedding to extreme lows of death and loss of a job. I did my best to try to keep myself busy I read and I cooked doing things that made me feel productive. I searched for a job every day, which let’s be honest is like a full time job. I remembered how much I disliked job hunting, the interviewing and the rejections can be overwhelming to deal with. I went through bouts of depression, feeling like not having a job somehow devalued who I was as a person. It took a lot of soul searching, long talks with my Fiancée and prayer to get me to understand that nothing that brings monetary value can ever determine my worth. 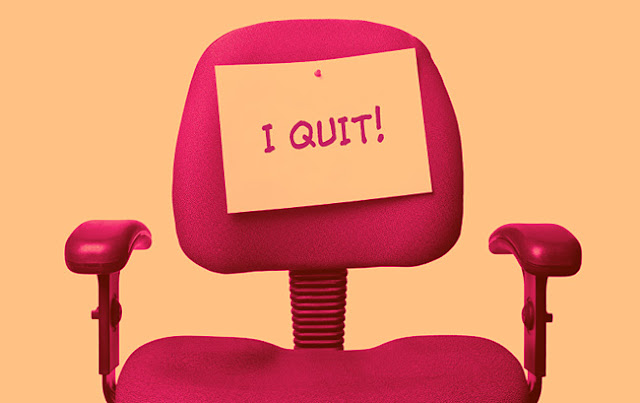 Then what seemed like the light at the end of the tunnel I found a new job. It paid slightly less than my old job but it was a job and we have a wedding to pay for. I had a funny feeling about the place when I first interviewed for it, something seemed off but I ignored it and thought I was just being paranoid. Fast forward to a week into me working there I called my Fiancée upset that this would not work out. The management seemed extremely unorganized and I never felt like I was actually learning anything. Yet and still I put my feelings to the side and sucked it up and did what an “Adult” does, work the job and collect the pay check. It only progressively got worse, I started to get lots of  negative feedback, and I began to notice the pettiness of some of my fellow employees. My manager was extremely rude, unprofessional and literally critiqued everything I did including which direction I walked to the bathroom.. I am not kidding. My manager told me I needed to yell more at my subordinates if I felt like they weren't being productive which is something I told her I would not do. It makes me feel extremely uncomfortable yelling at people who are adults like me, just trying to make a living. I wrote up at least four  people during my time there, one being a young woman who was late  for her shift because she was experiencing morning sickness. I felt horrible writing up a pregnant woman whom also still looked visibly sick at the time I had to administer the write up.   I left work every day feeling drained, frustrated and stressed.
My job was threatened simply because other people did not like me, It all became too much to bare. I began to question how much I am willing to put up for a paycheck. When you are being demeaned, disrespected and you're being asked to do things that are against what you believe is right do you stay? I opted to leave, I decided that the paycheck was not worth the stress and me going against what I believed is right. It was extremely hard to walk away from a steady paycheck when I did not have another job lined up. I battled with feeling like I failed, like I was just giving up and that as an adult I should have just stuck it out. I now believe that being an adult is knowing when to bow out gracefully. I put in my two weeks’ notice and carried out my last days in a professional manner even though I was met with nothing but unprofessionalism in return. I walked out on my final day with my box of personal items in hand with my head held high and a smile on my face knowing I made the right decision. And it felt damn good!

Electa is a Writer/Blogger and a self proclaimed foodie. She is in her 20's and figuring out life, love and the pursuit of happiness. Follower her on twitter @emazing17 and instagram @emazing17 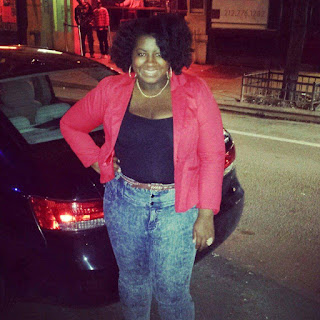