12 Crazy Amazing Facts About The Clitoris 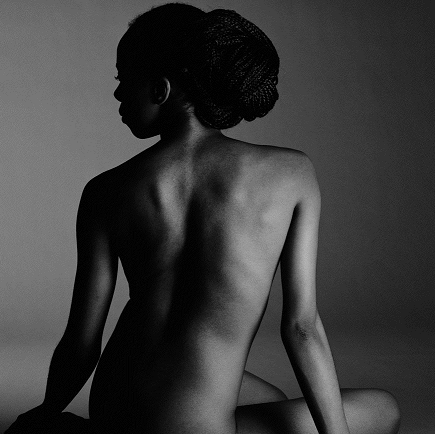 How much do you know about your clitoris? It's pretty wild to me how much a women's stimulation isn't talked about. Our vulvas are still a taboo subject and the only way to change that is to openly speak about our bodies, and not only in terms of health. When I first learned about my my sexual parts it was mostly taught to me in terms of reproduction, and my reproductive health. Everything I learned about my clitoris and sexual pleasure I, like many women learned on my lonesome. A lot of sexulaty for women is taught in a perspective of how to appeal to and appease a body that isn't our own.

Here's an insert of an article I read in the Huffington post that's all about the clitoris that I enjoyed!

1. If you want to address the clitoris, labia and vagina together, vulva is the all-encompassing term.
2. Fifty to 75 percent of women who have climaxes (orgasms) need to have their clitoris touched (clitoral stimulation). Most women are unable to have an orgasm through intercourse alone.
3. The clitoris is only partially visible to the naked eye. The clitoris is actually close to four inches in length (kinda like the average non-erect penis), but three-fourths of it is hidden from view within a female's body. It's buried treasure. Think of all that pleasure potential in the entire region. Have you explored it?
4. The clitoris grows throughout a woman's life. After menopause, the clitoris can become 2.5 times larger than it was when the same woman was a teenager. I don't think that there has been an actually study about clitoris size in relation to pleasure. And I don't think that women have a size thing about their clitoris, the way men do around penis size. I have never ever met a woman who has measured her clitoris, but Ihave met men who have measured their penis.
5. The clitoris contains 8,000 deliciously sensitive nerve endings, double the nerve endings in the glans of a penis. Sorry, guys.
6. Most of us don't know that all babies have the exact same genital tissue when they are conceived. At about 12 weeks, each baby's genitalia begin to differentiate into a penis or labia. We are more alike than we are different. The clitoris and penis are the same materials assembled in a different way. The clitoris has glans, a foreskin (also known as the hood), erectile tissue and a very small shaft -- all the parts that a penis has. It even swells when it's aroused.
7. Back to being an "inny" and an "outy" -- as I already stated, only one quarter of the clitoris is visible. The rest of it is inside the women's body. Besides the clitoris being made up the clitoral head, the hood and the clitoral shaft, it is also composed of the urethral sponge, erectile tissue, glands, vestibular bulbs and the clitoral legs. Only the clitoral head and the hood are located outside the body. Some sex experts believe that the G Spot is actually a part of the clitoris.
8. The clitoris is designed to bring a woman pleasure. That is its sole purpose. Not reproduction.
9. Yes, there are all kinds of orgasms. Vaginal, Cervical and G Spot Orgasms do exist, but they are much harder for most women to achieve than a clitoral orgasm. Very few women are able to achieve an orgasm without any kind of clitoral involvement. There is nothing immature about women having orgasms through their clitoris. Sorry, Dr. Sigmund Freud.
10. The clitoris varies in size and shape on different women. Some are hidden under the hood, and some stick out. Some like to be touched softly and others like a lot of pressure. It takes time to get to know a woman's clitoris. Don't assume that you know what it likes. Take your time and get to know each unique clitoris, just like you would take the time to get to know the woman it is attached to.
11. People have all kinds of nicknames for the clitoris. You may have heard "man in canoe," "rosebud," "joy buzzzer," "cherry pit," "love button," or "bald man in a boat," just to name a few. I have also heard chick pea and lentils. Anyone have a chip?
12. A clitoral orgasm can bring about anywhere between three and 16 contractions and can last from 10 to 30 seconds. But that doesn't exclude the fact that many women have multiple orgasms that can include pelvic contractions. Some sex educators have compared and contrasted male and female orgasm and have concluded that even the most average clitoral orgasm lasts longer than even the best ever most fantastic male orgasm. Once again, kinda bad news for the men. Woman have more nerve endings in our clitoris.

What are things about women's sexual pleasure you think need to be talked about more?

By Queen
Header photo via madamenoire.com

Queen is a 30 something woman from the Bronx, NY. She created Ms. Vixen to spread her thoughts on feminism, Black pride, it's the first stop on her quest to be a media mogul. Follower her on twitter  @TheQueenSpeaks_ or instagram @TheQueenspeaks_