Are You Ready For Afropunk Festival!

If you're in NYC near the end of the month August you know the weekend of Afropunk is near. The music festival birthed in 2002 by Matthew Morgan and James Spooner, with a goal of highlighting youth that identify with the indie punk lifestyle.  The festival has since grown to be featured in cities like Atlanta, Paris and  also holding many other music events all around the country.

This years AfroPunk line up is amazing, my mouth literally dropped when I saw the larger acts that would be present. Kelis, Lauryn Hill, Lenny  Kravitz and mother fucking Grace Jones, yes I cursed, IT'S MOTHER FUCKING GRACE JONES!! Also other acts like Danny Brown, SZA and Lion Babe whom I also enjoy. 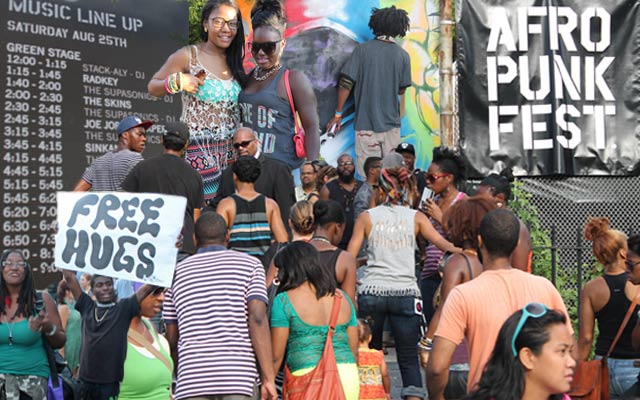 I will be present once again, collaborating with photographer Jalessa Montaque to bring our readers a visual journey of the greatness that is AfroPunk.

What Afropunk performance do you want to see the most? Lets us know in the comments below!