Posted by ms vixen on September 08, 2015 in Friendship love and relationships | Comments : 0 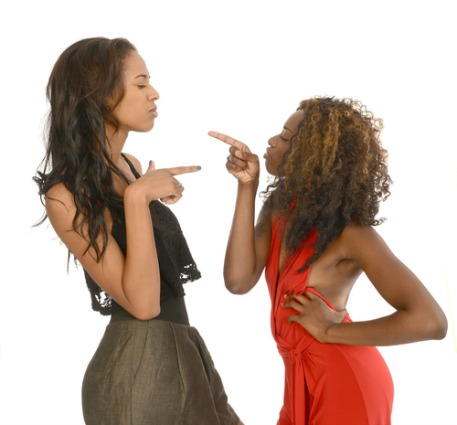 It took some time to understand what I was doing.


From where I stood, my future waiting outside the door, I could see into the room me and my childhood shared. The laughs, the tears, the prayers that I'll be out one day. Once, I had even been here before, one foot out but then the door slammed and I was still on the inside. What’s different this time? I was growing up.

Still, I felt guilty leaving the girl behind. They say that with every pivotal moment in life comes a sacrifice.

Makes sense. At 7 years old, I sat my favorite doll Cindy with the garbage because I wanted a new doll. At 13, I traded in my boyish clothes for lip gloss. 17, I moved to Baltimore in hopes of freedom (a year later I was back under my momma's roof). At 22 I walked away from everything to face the fetus that will grow to test me.

Now, at 25, I'm used to it. Its nothing new to pick up my emotions, wrap up my thoughts and move on. It’s my defense mechanism for all things anti-me and sometimes when my cup runneth over, I like to have a cleanse.

However simple, when people are involved, it becomes a tad bit harder. Moving on from people is like mentally having a tiny funeral for your shared relationship complete with the sermon on how valuable it was. I used to think it was impossible for me to separate from the young women I grew up with. Our paths had to be aligned even if the universe didn't want it. Our dreams had to be in sync even if fate questioned it. Our daughters had to be sisters even if blood didn’t allow it. It was hard when I had to walk in a different direction. Like moving from my parents, the guilt was there. Guilt that I was a fraud, unloyal and mean. That I had neither made the effort nor put up much of a fight for friends who would have carried the world for me.

Friendships are the little gems that keep our sanity in check in the morning. The shoulder to lean on without asking permission. The supporter of your crazy ideas even if they stand alone. The reflection that is your likes and dislikes. Friendships are built for the wear and tear but sometimes, they can wear out.

In the midst of becoming a woman, friendships wore me out. I was on the verge of losing my mind trying to answer the loyalty of friends and the call of my future. I missed birthdays and organized celebrations. I forgot to call and sometimes didn’t want to listen. But sometimes to move forward, some sacrifices had to be made - and no sacrifice is ever easy. Like losing someone, the pain is the same. The anxiety to call and make empty promises is the same. The memories still linger just the same.

Moving on from my friends was like moving away from home. It was scary, exciting and necessary. In those moments when I made the decision, I was in a selfish state of mind because I was worried about me. When a woman is transitioning into that selfish stage, many people will find it hard to accept. But let’s be real here - why can't I be selfish? Because it’s unhealthy? Because it’s too much self love? Maybe it’s just too selfish to be selfish.

I remember when my mom used to explain why being selfish wasn’t nice. It was frowned upon because it invited a mean characteristic to the atmosphere. But becoming a woman is about being selfish. We work so hard to love the ones around us as mothers, sisters, lovers and friends that when we look at ourselves, there’s barely love left. If we don’t take the time to love, understand and admire the women we are, then who will.

I became selfish and shed away the guilt for it. There were enough turmoils in my life that I couldn’t afford mental breakdowns. When I accepted that people have separate paths regardless of their shared history, it became easier to walk away. I needed to experience life in my lane before I could converge into someone else’s. It didn’t make me a better person that I walked away from some friendships, only that I became a little bit more sure of who I was and what I wanted.

Everyone has the same story.

My journey is for me. I will remain loyal and love, live, laugh and celebrate the woman I am and mold the woman I will be. I miss the part of my life that wasn't complicated. The part that was youth, when tough decisions included finding the right outfit for the first day of school. Still I will continue to walk in my faith and my truth. I will be more selfish and love me some more. I will not forget the memories that made me and I will create new ones that define me.

Have you ever had to move on from friendships? How did it make you feel? 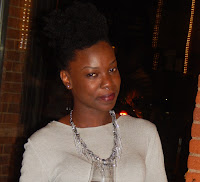 Stella is a mom first and girl power advocate second. She spends her afternoons binging on chocolate and writing about her twenty somethings over at her space. Get more of her writing on her website stellapressbox.com