How Body Positive Are You? 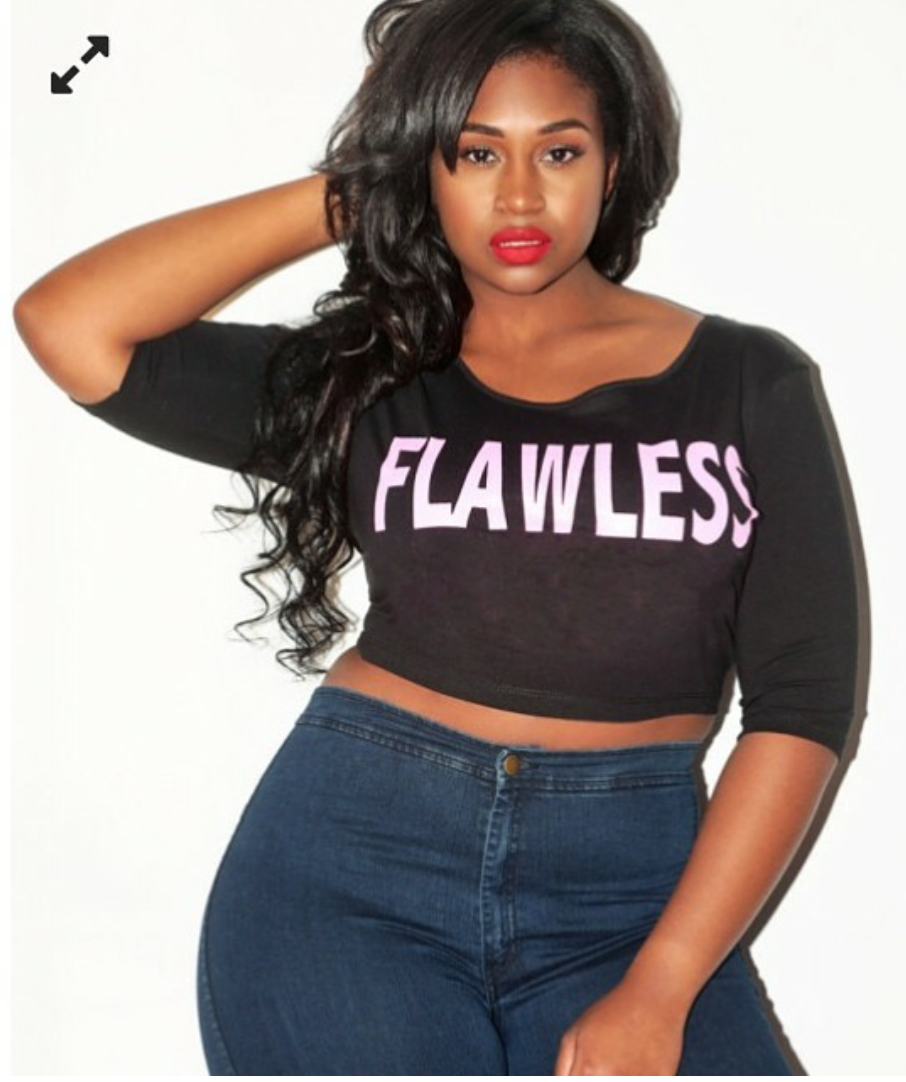 The body positive movement in feminism is of course a necessary  movement I agree with. Positively acknowledging the differences of all women's bodies and understanding what many of us think is the ideal woman's body are standards generally set by men.

I myself have scoffed at sagging breast, back fat and vaginas that didn't look like mine or the ones plastered in porn videos. I thought all vaginas looked one way as well as many other body parts. I have whispered about women whom I thought wore things their hips were too large for or showed too much skin for someone with stretch marks. This was normal to me, and although now I know not to add to the cesspool of ridiculing  women for their bodies, I began to look further into the instances where men are body shamed and no action is taken to publicly counter it.

As a woman engulfed in a world that sets standards that are mostly unrealistic and take way too much work to obtain I'm appreciative of those that advocate for me to live life at a body standard created by myself.  My huge F cup breast that don't "ask for it" because of simple things like cleavage, my huge thighs and little booty that I'm very proud of. I love my body, and I do things like stare at myself nude often to remind myself, She bad! I'm hardly clothed in my home, I'm sent images daily of what my body is "supposed" to look like that I make a point to remind myself daily what it actually does look like. Reteaching myself what my body looks like in comparison to the images I see in entertainment it's very necessary. My personal body positive movement.

Anytime I reach periods in my life where huge changes of my thinking and my interactions with people take place, I consider the large scope. Yes, I will make sure not to body shame another woman, but I went further and included men. Men shouldn't be body shamed either which I have done plenty, when it came to larger men. Why is it okay for me to make a man feel uncomfortable about how much they weight but if he does that to me it's blasphemous behavior?

I've corrected these actions but I still cringe when I hear women talk of men's height or penis size as a way to ridicule them. I've never been a heightest when it came to men I date, height doesn't mater to me. I'm 5'3" so I don't meet many men shorter than me, and maybe that contributes to me not caring too much about a man's height. It wasn't until I begin online dating that I realized how huge of an issue height is for men, and how uncomfortable women make a lot of men feel about it. All the men would lie about their height, or on apps like tinder when I asked about their height they'll get jokingly touchy. The height question for men equated the weight question for women. Simple questions with heavy answers.

Another huge body shaming topic I noticed was men's penis size and foreskin. Most American men are circumcised and i've sat with many groups of women that have a story where they made a man fell horrible do to his penis size, or foreskin. I myself did so to a boy in Jr. High School, but I realize now I was mostly reacting to being sexually harassed. (He flashed his penis at me, another story for another day). Other than that incident I was never into making bad references to a man's penis, to him or my friends. Alluding to man that his body isn't to your standard of beauty isn't conducive to the body positive movement. It's not fair, and shouldn't be happening to men either, and although there's no active call to protect the esteem for the male body I think it should start somewhere. So, I ask the many body positive women out in the world, to what lengths do you extend the body positive movement?

Do you think men need a body positive movement? Please answer in the comment section below!

Queen is a 30 something from the Bronx, NY. She created Ms. Vixen to spread her thoughts on feminism, Black pride, it's the first stop on her quest to be a media mogul