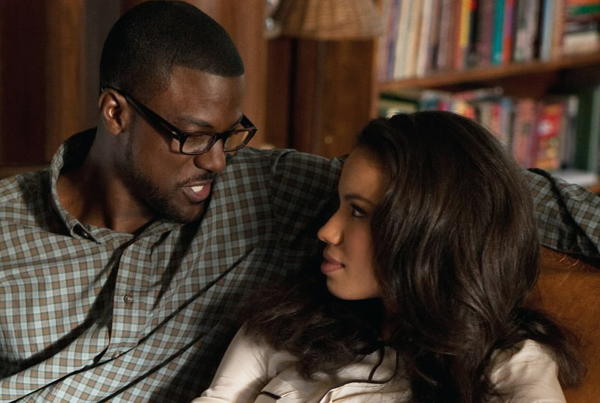 Tropes of Black femininity and womanhood have never been more devastatingly potent and economically viable than when they've been harnessed by Tyler Perry. The angry black woman looking for her white collared Black man, the constantly suffering Black woman, the religious matriarch and family backbone, the combative and rude children, either abandoned by their drug addict mother or forgotten by their deadbeat father. Watching his movies made me aware of my extremely accurate ability to see into the future, something like a clairvoyant.

As he inserted himself into the ultra exclusive circles of Hollywood moviemakers much of Perry's success has come from the bastardization of the Black female character using racial stereotypes and misconceptions attached to the Black female body. He’s grabbed onto the formulaic narrative of the Cinderella story, accessorizing the children's tale with the supposed lived experiences of "most" black women. The entertainment factor is clearly undeniable as Tyler Perry's directorial endeavours have garnered over 700 million dollars worldwide, but the social impact has exponentially affected the ways Black women are read and represented by mainstream media. One only needs to look at the difference between the black women in Perry's movies and those created by Shonda Rhimes. Rhimes offers a nuanced complexity and lovingly portrays Black women, with the depth that's possible not only from her identity as a Black woman, but from the fact that she is desperately in love with B lack women. She chooses to show them not as victims of patriarchal circumstance but powerful individuals breaking a mold that has encased their experiences as only worthy of mockery and comedic relief.
I'm not saying that the women who dominate Perry's movies do not exist. There are strong matriarchs and opinionated black women in every corner of the black community, but that is not all they are. Their strength is rooted in more than just familial duty, and at times that strength comes at the expense of their own understanding of self. Black women are opinionated but that is not something inspired by our constant need to "emasculate men" and usurp power; that belief is problematic and irresponsible and creates the archetype that makes one believe that Black women are incapable of being loved and need to be overpowered and dominated by a strong black man so they can be brought into line.


The Perry industry has created caricatures of Black femininity and womanhood, reducing our identities to single stories brought to us via the lens of a cis Black man. Sitting through one of his movies always leaves me cringing more times than it makes me laugh, because I feel as though I’m watching minstrelsy recreations of Blackness, poking fun at my identity. Perry writes about Black women, in the ways that whiteness chooses to see us. Loud and obnoxious. It’s easy to write about us without granting us the right of depth and dimension.

He is a Black man reeling in the money, and he is doing so while standing on the backs of the black women he has chosen to use as a canvas, painting on them his narrow understanding of our complexity, truth and lives.


Tyler Perry doesn’t know how to write about Black women. He really should just stop.

Are you a fan of how Tyler Perry writes roles for Black Women? Let us know in the comment section below!