#AirbnbWhileBlack Highlights The Racism In The Sharing Economy

Have you ever felt discriminated against in the sharing economy? Many people have expressed their discriminatory experiences with Airbnb, as a guest and as a host. It's incredibly difficult reality for Black people in the USA, and they have taken their complaints to twitter with the hashtag #AirbnbWhileBack


According to a study by Harvard Business Reviews, peoples with "African American" sounding names were roughly 16 percent less likely to be accepted [as guest] than their white-sounding counterparts."

As told to NPR

Quirtina Crittenden was struggling to get a room on Airbnb. She would send a request to a host. Wait. And then get declined.
"The hosts would always come up with excuses like, 'oh, someone actually just booked it' or 'oh, some of my regulars are coming in town, and they're going to stay there,'" Crittenden said. "But I got suspicious when I would check back like days later and see that those dates were still available."
In many ways Crittenden, 23, is the target audience for AirBnb. She's young, likes to travel, and has a good paying job as a business consultant in Chicago. So she started to wonder if it had something to do with her race. Crittenden is African American, and on AirBnb, both hosts and guests are required to have their names and photos prominently displayed on their profiles.
Crittenden shared her frustrations on Twitter with the hashtag #AirbnbWhileBlack. She started hearing from lots of friends who had similar experiences.
"The most common response I got was, 'oh yeah, that's why I don't use my photo.' Like duh. Like I was the late one," Crittenden said. So she ran her own experiment—she shortened her name to just "Tina" and changed her photo to a picture of a landscape.
"Ever since I changed my name and my photo, I've never had any issues on Airbnb," Crittenden said.

Quirtina Airbnb experience is not unique and the hashtag on twitter has help add faces to the the study conducted by Harvard Business.

About a yr ago I changed my profile pic to me in a cap n gown after several rejections to rent. No results. @GeeDee215 #AirbnbWhileBlack
— J.L. Reed (@reedjl) 29 April 2016

Airbnb describes itself as an open market, and has policies to deter discrimination  -"we prohibit content that promotes discrimination, bigotry, racism, hatred, harassment or harm against any individual or group, and we require all users to comply with local laws and regulations" Yet despite these policies host may refuse a potential renter without presenting a reason, making it difficult to prove renters have been rejected for discriminatory biases.

There's no word of how Airbnb plans to fix this problem, but something needs to be done sooner than later.

Have you ever felt discriminated against due to your race by Airbnb? let us know in the comment section below! 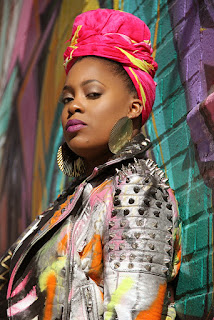