Hush Your Mouth When Black Women Are Talking 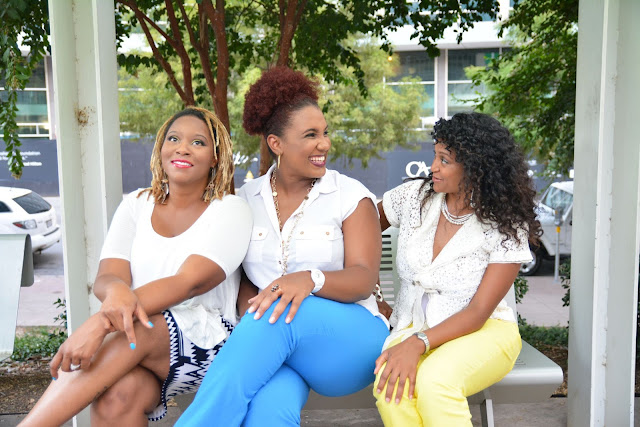 In mainstream culture, the number of Black women in the realms of social commentary is extremely limited. Whenever you see Black women speaking on the politics of Blackness and femininity, it’s either on alternative media sources or a one-time gig to add some “diversity” to an obscenely white media company.
Because of this lack of representation and visibility, it is no surprise that when conversations are happening on issues that specifically affect Black women, non-Black women take up these spaces. This creates a dialogue where issues specific to Black womanhood are skewed to have a universal appeal, and the voices of Black women are silenced to make room for all women. Don’t get me wrong, all women are subjected to patriarchy, misogyny and the wage gap, but the oppression of Black women is compounded by the fact that we exist in an anti-Black society, where our Blackness is linked to our struggles for equity.
For society to truly make room for the most marginalized amongst us, we need to create spaces where those speaking on their pain, are those who are the closest to it. Are you with me so far? Take Lemonade for example, Beyoncé’s 6th album that has been met with critical acclaim from all across the board. Ebony Magazine and Essence to Rolling Stone and the New York Times have all ranked the album as one of the best of 2016. It cannot be denied that Beyoncé has mass appeal that has made her music something that can be appreciated by people from varied racial backgrounds, spanning the scope of the gender spectrum, and from different socio-economic locations. Beyoncé is for everyone, but her latest album is an unmistakable ode and love letter to Black women, highlighting their sorrow, praising their resilience and from the highest apex of fame, screaming for their liberation. Her words carry a truth and power that make them a welcome and much needed remedy for the moments Black women have felt the most forgotten and unheard. The themes of heartbreak and forgiveness present in this album are intertwined with Beyoncé’s identity as a Black woman. Damn, all the women in the music videos are Black, and if that doesn’t tell you whom the album is meant for, I don’t know what will.
So it’s not divisive, and it doesn’t require mental gymnastics for non-Black women to understand that when it comes to explaining, dissecting, and being truly quenched by the Lemonade, Black women should be at the forefront. It is Black women who can properly see the nuances and intricacies of the album, and it is them who can wholly appreciate it for the message it tells them. That Black women matter, their voices matter, their pain matters, their joy matters and their existence matters.
When it comes to talking about Black womanhood, give Black women the pedestal and raise the volume on that megaphone. It’s only right.

What were your thoughts on non-Black women's opinions on Black women and our culture? Let us know in the comment section below!