When Words Do Hurt: Can We Please Leave Gabby Douglas Alone?

One of my favorite things about the Olympics is seeing the plethora of talent, commodity and of course, the uniforms from each respective team. In addition, it is cool to see an entire stadium filled with fans roaring with excitement and glee for their favorite athlete(s). However, recently I noticed that Gabby Douglas has become the latest victim of harsh criticism and Internet trolls. Did we forget that Olympians are people too?

Douglas has received criticism for things that do not pertain to her athletic ability or her performance in Rio. After Douglas completed her final routine last Sunday, ESPN reported that she choked back tears when asked about the level of criticism she's gotten back home.

"I tried to stay off the Internet because there's just to much negativity," Douglas reportedly said. "Either it was about my hair or my hand not over my heart [on the medal podium] or I look depressed...It was hurtful. It was hurtful. It was. It's been kind of a lot to deal with."

Granted, I understand the defense for freedom of speech but the line in the sand needs to be drawn somewhere. I also understand that social media can be beneficial in one breath and demeaning in another; but that shouldn't give anyone a pass to slander Douglas with comments they themselves wouldn't want someone to say. One gripe I have with people who are mean on social media is that they forget that underneath fame, money, endorsements and publicity, Douglas has real feelings too.


It's almost like this culture has become immune to failing to think before we Tweet, comment or spew negativity. I remember when Hannah Bronfman posted something in regards to Black Lives Matter vs. All Lives Matter on her Instagram and of course, the way she meant it and the way it was taken were misconstrued. Or the time when Blake Lively captioned one of her Instagram pictures "LA face, Oakland Booty." Or most recently, when actress Leslie Jones nearly quit Twitter because she was being verbally attacked and one user even compared her to a gorilla.
Question: If you wouldn't want someone to comment on your hair, how you look, or your facial expressions, why say, "Will someone please smack that disrespectful look off Gabby Douglas face!" or "Just because you didn't make the all-around finals doesn't mean you have to be a disrespectful bitch Gabby Douglas!" or lastly, "Can somebody do something about Gabby Douglas hair please?"

The culture and society we live in deems it appropriate to mention every flaw that people and celebrities do wrong. Or when people kept hounding Tia Mowry-Hardrict asking when she would have another child? I'm sorry, I didn't know her maternal clock revolved around those that want her to have another baby. Why does a women have to defend the notion that a) she is not pregnant and b) she in fact suffers from endometriosis. Again, the line in the sand should be drawn somewhere.

Despite whether you feel like Douglas should have put her hand over her chest or that her facial expression(s) could've been better, that minute stuff shouldn't matter. Small stuff like that which is getting the majority of attention takes away from the bigger picture; the supreme level of accomplishment that has encompassed Douglas throughout her career. In case you need a refresher, let me tell you the ways in which Douglas has displayed a tremendous amount of #BlackGirlMagic:

All of this is to say that words hurt. Whether you agree with Gabby Douglas or not, she provides a beacon of hope and a ray of light. Often, black girls and women live in a world where they are told their skin is too dark or their hair isn't long enough. Or they are told "You look good for a Black girl." Instead of putting Gabby Douglas down and shaming her for things that don't make sense, it is time that we continue to uplift and encourage her and other Black women. Lastly, it is also time that we remind the little black girl watching that she is powerful and her light can not not be dimmed. The time is now. #BlackGirlsRock

Why do you think (some) people are so quick to judge and comment on things that have nothing to do with them? Let us know in the comments below! 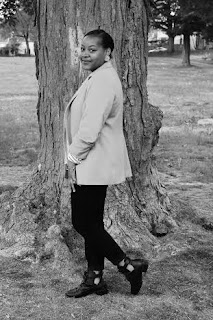