Women at Work: Day in the Life of Creator of the Lost Queens Jewlery Line, Eboni Merriman 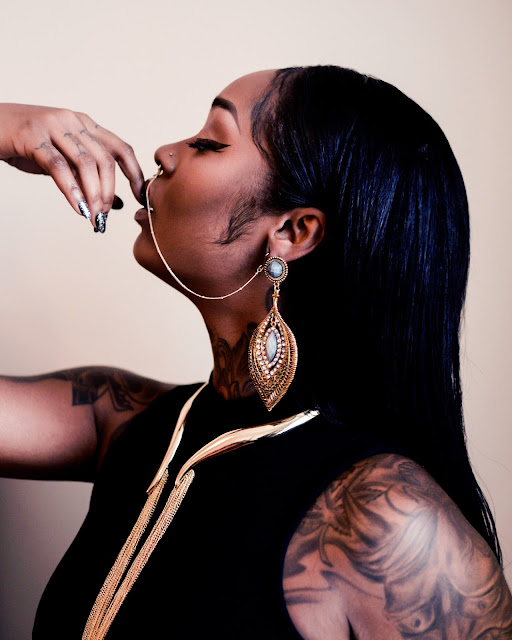 
Share to FacebookShare to TwitterShare to PrintShare to EmailShare to More
Name: Eboni Merriman
Title: Founder of Lost Queens
Location: NYC/ RVA
Age: 24
Known as a unique boutique that features body jewelry, bangles, septum clips, statement necklaces and more, Lost Queens brings out the inner goddess in everyone that wears their pieces. Although they officially launched in 2014, Lost Queens has amassed quite a following—both on and off the web. Read on to know more about the woman behind this amazing brand!


One day, Eboni Merriman and her friends were discussing media representation and how so much pressure is placed on women to be the “right” kind of woman. Minutes later, Merriman took to her blog and began lamenting on exactly how she felt about such pressing issue(s). “I wanted to stop complaining and defending myself as a woman but instead create a safe space for us, a movement to celebrate all aspects of ourselves,” she said.

Lost Queens was officially birthed in 2014 and Merriman knows the challenges of owning, operating and running her own business.
“There are so many moving parts with owning your own business, so many variables. At any given moment, I have to cater to customer inquiries/issues, pack orders, order inventory, run the social media, answer press and stylists requests; all while trying to grow the business,” she said.

Between all the things she has to do for her business and personal life, Merriman is constantly super busy; finding a sense of balance is a real challenge for her. Despite her success thus far, one would be surprised that Merriman actually doesn’t have any formal business experience—so everything is trial and error. “Being taken seriously is a real challenge. People sometimes feel like I have all the time in the world or that I just don’t have a job,” she said.
Before Lost Queens, Merriman’s entrepreneur spirit started when she was 16-years-old. She created a company called “Innocent Beauty Collections,” but it reluctantly was not successful. But despite this initial failure, Merriman was able to learn something important through it all. “I hate that I was afraid to really do it, that I talked myself out of it and let my brain convince me that no one would support or that I didn’t have talent,” she said. 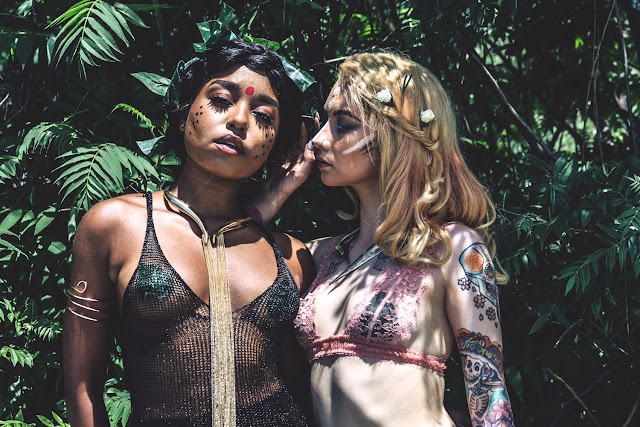 Fast forward and Merriman still imagines what her brand would have evolved to if she kept working on it. However, her biggest take away is this: “Keep working even if you are fearful, inexperienced or don’t have a large network. Build it and they will come,” she said. If you’ve ever seen any Lost Queens items, you would notice that each is different from the one before. Another thing that makes Lost Queens so special is that Merriman sources inventory herself and it’s a very personal yet thought out process.

“The pieces to me are secondary to the woman wearing them. What will make you feel good? Catch light in the sung to cast a glow on your skin? Make you take a second look in the mirror as you pass by or pull out your camera for selfies? It’s about the experience and what really speaks to me at the time and not about trends,” she said.
The other special thing about Lost Queens is that each piece is named after a notable Black woman while 10% of proceeds go back into the community for tuition assistance, activism, domestic violence and more. According to Anxiety and Depression Association of America, depression affects approximately 14.8 million American adults, or about 6.7 percent of the U.S. population age 18 and older in a given year. Depression is something that Merriman lives with and boldly faces. Sometimes talks of mental health within the black community goes unnoticed; but Merriman believes that there are a few things people can do protect their mental health.

“Create a safe space for yourself. I throw myself into my work when my mind starts to turn against me. Have a support system, at least one person you can be completely honest with,”  “I’m still struggling with figuring it all out for myself but understand that it is necessary to get the professional help needed,” 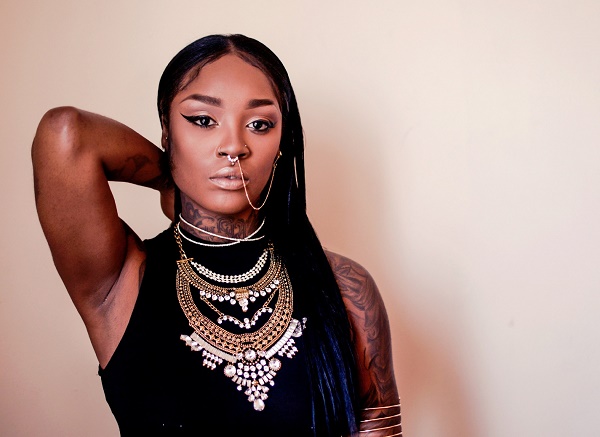 Merriman believes that mental health goes unnoticed for a variety of reasons but the one that stands out the most is its effects on Black women.

“A lot of times Black women are taught to be strong, so we hide our pain and sweep it under the rug. We’re not always knowledgeable about mental health and brush it off. We’re told to pray and not really seek a doctor’s help,”
Surrounding mental health, there seems to be a stigma placed on people who suffer from it. For Merriman, more education and understanding surrounding mental health needs to take place. “When you know better, you tend to do better,” she said. She also wants people to remember to take care of themselves first and foremost.

"You can’t serve others if you don’t first serve yourself. Do your personal best, but don’t beat yourself up if you don’t get EVERYTHING done,” she said. “Empires aren’t built overnight. Don’t let your mind talk you out of opportunities or make you feel that you have no support. Just do the work and trust the process,”

Eboni Merriman is paving the way for future goddesses. She may be twenty-four but her age doesn’t predicate her capabilities for sure. To shop Lost Queens, visit here.
Words she lives by:
Dreams don’t work unless you do.